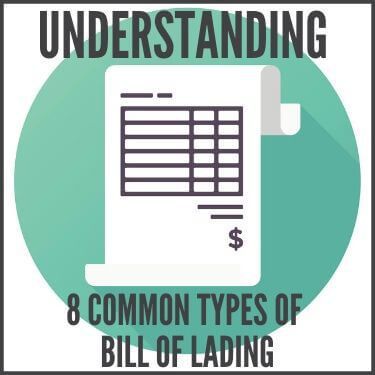 Last Modified: January 23, 2023
Different types of bill of lading are used in certain situations. Knowing the details of each type is important for all parties involved.

A bill of lading or BoL refers to a legal document that a carrier issues to a shipper, which details the goods that are being carried. This includes information on the type and quantity of the goods and where they are being shipped to. However, different types of bill of lading are used in certain situations. Knowing the details of each type is important for all parties involved.

8 common types of bill of lading are:

Each of the types of Bill of Lading have important differences that businesses shipping freight need to be aware of.

The article below will provide you an in-depth look at each type of bill of lading. In each section, we’ll take a look at when each type is used and the vital information that should be noted.

What is a Bill of Lading?

Before diving into each type of bill of lading, it helps to understand what the overall purpose of a BOL is.

A bill of lading, which is commonly referred to as a BoL or B/L, serves three different roles. These are as follows: 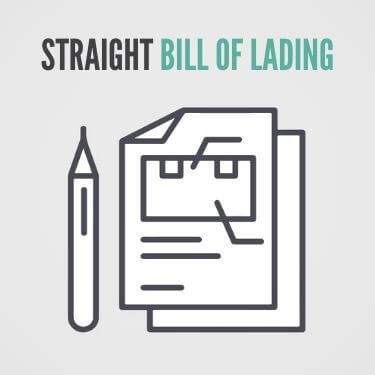 With this type of bill of lading, it states that the items are consigned to a person that has been specified and this is not negotiable. A straight bill of lading is a document whereby the seller agrees that a certain transportation will be utilized to ship the goods to a specified location, and then a specific party is going to be assigned the bill. Everything is outlined and straightforward, and these factors cannot be changed. A straight bill of lading will also provide information regarding the product or products, including the type, quantity, and quality. Moreover, when the items have been delivered to the destination, the bill of lading also acts as a receipt. Due to the fact that the bill of lading is assigned to a specific person or party, it cannot be reassigned to another party and it is simply not negotiable.

A short form bill of lading is one whereby the carriage’s terms and conditions are not printed on the back. This is also sometimes referred to as a blank back bill of lading. These bills of lading are not seen very regularly. This is because people feel greater comfort and peace of mind when it comes to the longer version, which features the terms and conditions printed on it.

There are a number of other types of bills of lading that are not used on a regular basis, so let’s take a quick look at these:

There are many potentially confusing terms and acronyms in the world of freight shipping. To learn about many more of them, read our article Freight Terms You Need to Know 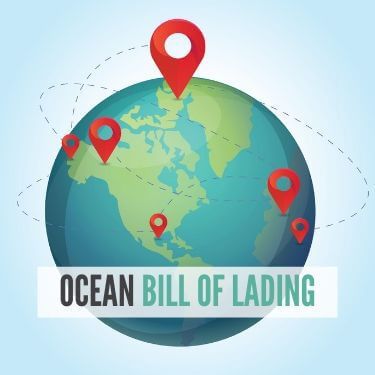 Next, we are going to take a look at an ocean bill of lading, and the name may give you a bit of indication regarding what this refers to. This is a document that is needed when goods are being transported to another country via international waters. An ocean bill of lading  is going to serve as a collection invoice or document as well as being the receipt from the carrier to the shipper.

With an ocean bill of lading, the shipper will be able to transport their products across international waters. This contract or document supplies the specifics in terms of the nature of the shipment, as well as details on where the goods are going to be shipped to, what material is being transported, and how much of it is being transported. There are other pieces of information that will be incorporated into the contract as well, for example, the sort of packaging being used during the transport and the value of the products being shipped.

When the goods are collected, the shipper will get their contract. The carrier and the shipper will both need to sign this document. Once the shipment is completed, the receiver will be given the document and they must also sign this.

If the goods need to be transported via land first, then there is going to be an additional document that is needed. This is known as the inland bill of lading. This bill of lading enables the materials to reach the shore. The ocean bill of lading will then enable the products to be shipped to another country via the water.

There are a number of different ocean bills of lading that can be utilized. We previously explained the straight bill of lading, which can be used. Once the receiver shows identification, they will be able to take the shipment. On the flip side, a negotiable bill of lading is typically put into place when the shipper wants to make certain that specific terms and conditions are adhered to prior to the release of the shipment to the receiver. This is also used when the payment from the receiver is backed by a letter of credit.

Order bills of lading have two functions in global trade transactions. They stop the cargo being delivered to unwanted parties. They also enable the consignee to transfer the title of goods to another party with endorsement and delivery of the original bill of lading.

Should you be dealing with payments via letter of credit, either as a bank professional, importer, or an exporter, you may recognize that the bank in question demands the bill of lading to be made out to their orders.

Issuing banks want shipments to be secured, which means that they will take all of the actions needed to stop the consignment being delivered to the applicant without their acknowledgement. For this result to be achieved, issuing banks request bills of lading that are negotiable. This should be issued to order of the issuing banks, from the exporters under the letter of credit transactions.

After a bill of lading has been made out to order of the issuing bank, it means it can be issue in negotiable form, fulfilling two main functions. The first means that consignment cannot be delivered to the applicant, which tends to be the importer business, as the carrier can only release the goods to the person that is the lawful holder of the original negotiable bill of lading. The issuing bank will also only endorse and deliver the bill of lading once the bank receives the letter of credit amount from the importer. 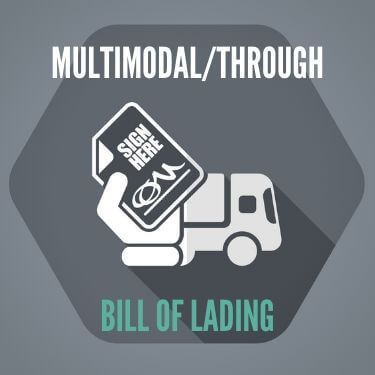 Multimodal transportation refers to several methods of transport being used to move one unit load to its destination without the unit load being broken up and under one document. A lot of people refer to a multimodal bill of lading as a bill of lading for combined transport. One of the best examples of this relates to packages that travel via train to a port, then via vessel over water, and then via truck to the final destination.

The Multimodal Transport Operator (MTO) will issue a Multimodal Transport Bill of Lading. The MTO will take responsibility for the products during this entire period of transport, i.e. for damages, losses, and shortages. This means not only for sea passage but for other transport modes too. 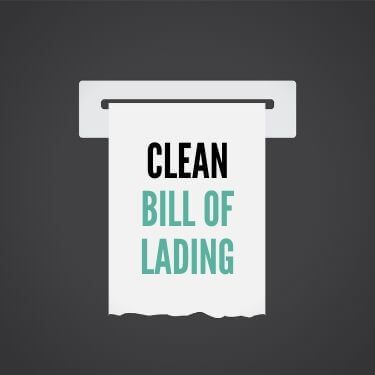 If you need help shipping freight, you have certainly come to the right place. At R+L Global Logistics, we have many years of experience in the industry and we can ensure your freight reaches its destination without issue. Regardless of the type of bill of lading your shipment requires, you can rest assured that your freight will be delivered on-time. Whether you're looking for a refrigerated freight quote, an expedited freight service, or full truckload shipping we're ready to serve you.

We use our vast logistics network and knowledge to provide you with the best service available. To get started, give us a call at (866) 353-7178 or click Freight Quote below to speak to one of our logistics and transportation experts. If you have any questions, we are more than happy to assist you in any manner we can.

Looking for a solution to move truckload freight? R+L Global Logistics handles truckload shipping. Let us know when and we'll handle the rest.
Get My Freight Quote Now >
Share This Article